The Most Expensive Pieces of Jewelry For Sale

Is there a woman who hasn’t dreamed of owning the most expensive, most luxurious, most dazzling piece of jewelry and causing jaws to drop whenever she entered a room wearing it? The following pieces of jewelry, the most expensive in the world, make the bling owned by the British royal family look like items out of a garage sale. Here they are:

Most Expensive Diamonds for Sale

The Hope Diamond
This gemstone also has a convoluted backstory. Like the Wittelsbach-Graff diamond, it was found in India in the 17th century. It has an antique cushion cut and is a fancy diamond. In this case, its color is an arresting blue-gray. Its history includes many owners, being part of some crown jewels, being stolen during the French Revolution, being lost, being discovered and being cursed. As of 2019, the Hope diamond resides in the Smithsonian museum and is valued at between $200 and $250 million.

Wittelsbach-Graff Diamond
This flawless, deep blue beauty has bee around since the 17th century, when it was unearthed in a mine in India. Like a lot of old diamonds, it has quite a history. It originally weighed 35.56 karats and is believed to have been originally owned by the Nawabs of Punjab before it allegedly passed to Philip IV of Spain. It made up part of the dowry of his daughter, who married Leopold I of Austria. However, it gets its name from the Wittelsbach royal family, who were the rulers of Bavaria.

The Wittelsbach diamond spent hundreds of years as part of the crown jewels of Austria and Bavaria and indeed, was part of the Bavarian crown. This state of affairs went on until World War I. By then the Austrian monarchy was no more, though the diamond was displayed at the funeral of Ludwig the III in 1921. Amazingly, the Wittelsbach family tried to offload the diamond for decades beginning in the Depression, but there were no buyers until 1951.

The diamond changed hands again until it ended up with Mr. Graff of the Graff Pink, who had it recut to make it flawless and added his name to it to boot. The act was considered shocking by jewelers around the world, but not so shocking to the ex-emir of Qatar. He bought the diamond for $80 million in 2011.

Peacock Brooch by Graff Diamonds
This astonishing brooch weights 120.81 carats and gets its amazing beauty and opulence from 1305 gems made into the figure of a peacock. The central, removable pear cut blue diamond in the peacock’s breast weighs 20.02 carats alone. The bird’s fanned out tail is made of orange, yellow, green, pink and white diamonds — yes, named after Mr. Graff — of different cuts. The brooch is 10 centimeters tall and valued at $100 million.

Oppenheimer Blue
This 14.62 carat, emerald cut diamond is also comparatively small for its $57.5 million price tag, but it dazzles with its amazing deep blue color. Now mounted on a ring, it held the record for its asking price until 2017.

Blue Moon of Josephine
It’s understandable to assume this diamond was named for Napoleon’s Empress Josephine, but it wasn’t. It was named after the buyer’s seven year old daughter when he bought the 12.03 carat stone for $48.4 million in 2015. This fancy is a deep, ultramarine blue, cushion cut and mounted on a ring. Though it’s not the biggest blue diamond ever found, its value comes from its rich color and its utter flawlessness.

Graff Pink
Colored diamonds are called fancies, and this 24.78 carat diamond is a lovely, intense pink. Bought for $46.2 million by the notorious jeweler Laurence Graff, this diamond has an emerald cut with rounded off corners. It is now mounted on a ring with triangular white diamonds on the shoulders.

Pink Star
The Pink Star was the jewel that broke the Oppenheimer Blue’s record in 2017 when it sold for $71.2 million at Sotheby’s. Once called the Steinmetz Pink, this diamond is a luscious, deep pink and is flawless. It weighs 59.60 carats and was cut from a larger rough that weighed 132.5 carats. Now mounted on a ring, it is oval shaped with a mixed cut: the top is step cut, while the bottom is brilliant cut.

Most Expensive Watch for Sale

The Chopard 201 Carat Watch
This astonishing piece will set the buyer back about $25 million. Encrusted with pink, blue, white and yellow heart-shaped diamonds, it looks like a miniature garden. Swivel the diamonds out of the way, and reveal the golden face of the watch. Yes, it does keep time.

Most Expensive Necklaces for Sale

Hutton-Mdivani Jadeite Necklace
Once the possession of princesses and heiresses, Cartier bought this beauty for $27.4 million in 2014. It is made of perfectly round jadeite beads of a startling green color. Jadeite is a dense, extremely strong type of aluminum silicate, and what makes this necklace such a prize is that the beads are not only perfect but their color is what’s known as Imperial Jade, a rare, intense shade of green. The necklace’s clasp, made of diamonds, rubies, platinum and gold, only adds to its value.

L’Incomparable Diamond Necklace
The pendant for this necklace is the largest flawless diamond on earth, with a weight of 407.48 carats. Since a carat weighs 0.2 grams, this rock weighs about 81.5 grams or a little less than a quarter of a pound. Cut into a briolette, it is a yellow fancy. The necklace itself is made of rose gold, or gold alloyed with copper and decorated with 230 carats worth of pear, emerald, square and round cut white diamonds. The total cost is $55 million. The big diamond was found by a little girl in a trash heap. One hopes they compensated her. 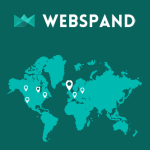